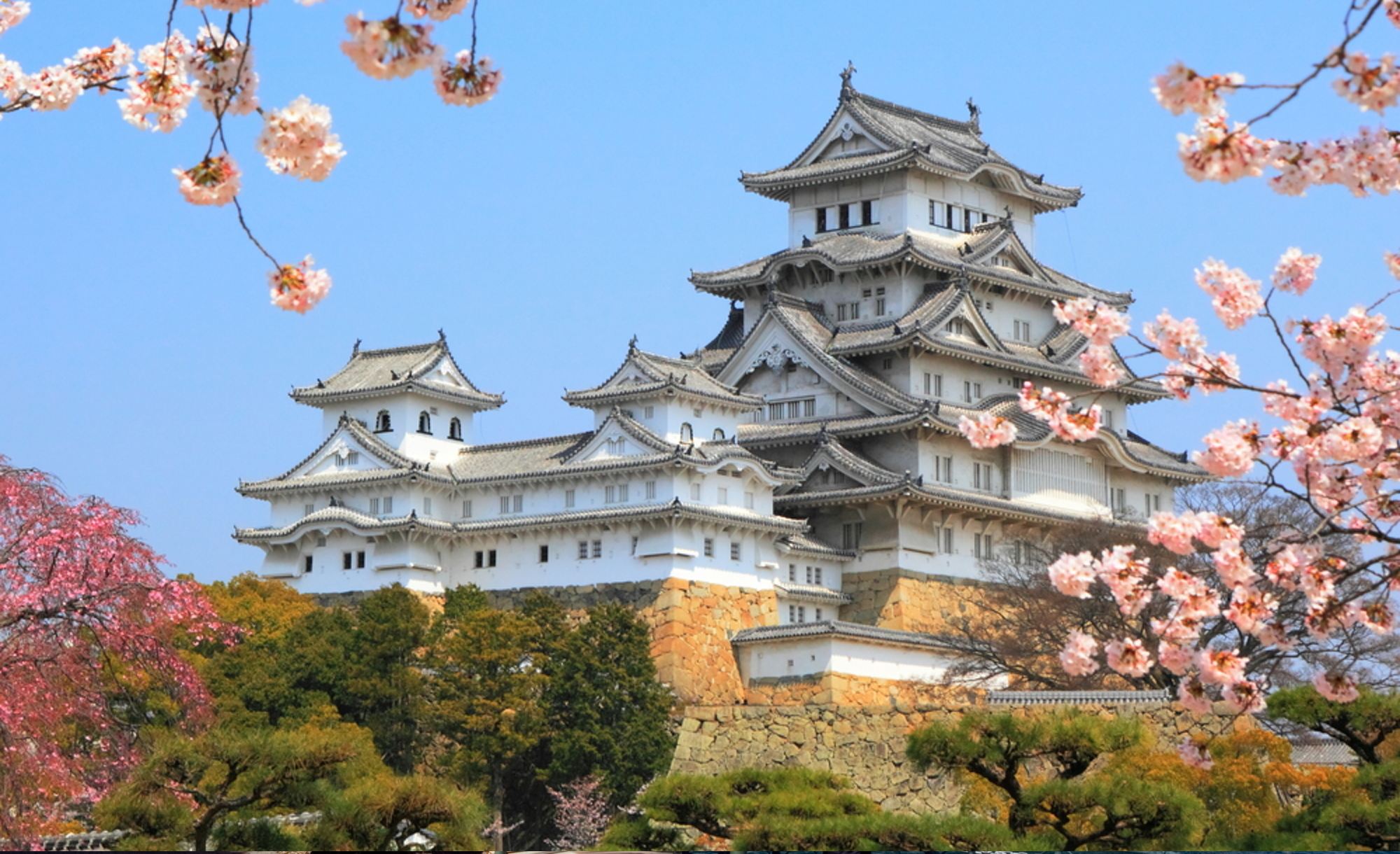 Ancient Japan has made unique contributions to world culture which include the Shinto religionand its architecture, distinctive art objects such as haniwa figurines, the oldest pottery vessels in the world, the largest wooden buildings anywhere at their time of construction, and many literary classics including the world’s first novel. Although Japan was significantly influenced by China and Korea, the islands were never subject to foreign political control and so were free to select those ideas which appealed to them, adapt them how they wished, and to continue with their indigenous cultural practices to create a unique approach to government, religion, and the arts.

In Shinto mythology, the Japanese islands were created by the gods Izanami and Izanagiwhen they dipped a jewelled spear into the primordial sea. They also created over 800 kamior spirits, chief amongst which was the sun goddess Amaterasu, and so created the deities of Shinto, the indigenous religion of ancient Japan. Amaterasu’s grandson Ninigi became the first ruler, and he was the great-grandfather of Japan’s first emperor, the semi-legendary Emperor Jimmu (r. 660-585 BCE). Thus, a divine link was established between all subsequent emperors and the gods.

The first historical period of Japan is the Jomon Period which covers c. 14,500 to c. 300 BCE (although both the start and end dates for this period are disputed). The period’s name derives from the distinctive pottery produced at that time, the oldest vessels in the world, which has simple rope-like decoration or jomon. It is the appearance of this pottery that marks the end of the previous period, the Palaeolithic Age (30,000 years ago), when people crossed now lost land bridges from mainland Asia to the northern and southern Japanese islands. They then spread to the four main islands of Hokkaido, Honshu, Shikoku and Kyushu, and eventually to the several hundred smaller islands that make up Japan. The production of pottery does not necessarily signify communities lived in fixed settlements, and for the majority of this time period, people would have continued to live a hunter-gatherer existence using wood and stone tools.

The first signs of agriculture appear c. 5000 BCE and the earliest known settlement at Sannai-Maruyama dates to c. 3,500 BCE and lasts until c. 2000 BCE. Populations seem to have concentrated in coastal areas and numbered somewhere between 100,000 and 150,000 across the islands. There is evidence of rice c. 1250 BCE, but its cultivation was likely not until c. 800 BCE. The first evidence of growing rice in wet fields dates to c. 600 BCE. Skeletons from the period indicate people of muscular build with wide square faces and an average height of 1.52 m (5 ft) for females and 1.60 m (5 ft 3 inches) for males. Genetic and cranial studies suggest that Jomon people are the ancestors of the present-day minority group, the Ainu.

The most common burial type of the period is in pits, sometimes lined with stone slabs, which contain one or more individuals. Other types of burial include single individuals in jars and large pits containing up to 100 skeletons. Artefacts discovered relating to the Jomon Period include clay and stone human-shaped figurines, clay masks, stone rods, and clay, stone, and jade jewellery (beads and earrings). Archaeology has also revealed the Jomon built ritual structures of stone circles, lines of stones forming arrow shapes, and single tall standing stones surrounded by a cluster of smaller stones. The Yayoi Period covers c. 300 BCE to c. 250 CE, although, as mentioned above, the start date is being pushed back as more discoveries are made in archaeology. The name derives from the reddish pottery first found in the Yayoi district of Tokyo, which indicated a development from the pottery of the Jomon Period. From around 400 BCE (or even earlier) migrants began to arrive from continental Asia, especially the Korean peninsula, probably driven by the wars caused by Chinese expansion and between rival kingdoms.

The new arrivals conquered or integrated with the indigenous peoples, as indicated by genetic evidence, and they brought with them new pottery, bronze, iron and improved metalworking techniques which produced more efficient farming tools and better weaponry and armour.

With improved agricultural management, society was able to develop with specialised trades and professions (and consequent markets for trade appeared), ritual practices using such distinctive items as dotaku bronze bells, social classes of varying prosperity, and an established ruling class who governed over alliances of clan groups which eventually formed small kingdoms. Chinese sources note the frequency of warfare in Japan between rival kingdoms, and archaeology has revealed the remains of fortified villages. The population of Japan by the end of the period may have been as high as 4.5 million. Japan was beginning its first attempts at international relations by the end of the period. Envoys and tribute were sent to the Chinese commanderies in northern Korea by the Wa, as the confederation of small states in southern and western Japan were then known, the most important of which was Yamato. These missions are recorded in 57 and 107 CE. One Japanese ruler known to have sent embassies to Chinese territory (238, 243, and c. 248 CE) and the most famous figure of the period was Queen Himiko (r. c.189-248 CE). Ruling over 100 kingdoms (or perhaps just the monarch of the most powerful one), the queen never married and lived in a castle served by 1,000 women. Himiko was also a shamaness, embodying the dual role of ruler and high priest, which would have been common in the period. That a woman could perform either of both roles is an indicator of the more favourable attitude to women in ancient Japan before Chinese culture became more influential from the 7th century CE.

The Kofun Period covers c. 250 to 538 CE and is named after the large burial mounds which were constructed at that time. Sometimes the period is referred to as the Yamato Period (c. 250-710 CE) as that was then the dominant state or region, either incorporating rival regions into its own domain or, as in the case of chief rival Izumo, conquering through warfare. The exact location of Yamato is not known for certain, but most historians agree it was in the Nara region.

From the 4th century CE there was a significant influx of people from the Korean peninsula, especially the Baekje (Paekche) kingdom and Gaya (Kaya) Confederation. These may have been the horse-riding warriors of the controversial ‘horse-rider theory’ which claims that Japan was conquered by Koreans and was no more than a vassal state. It seems unlikely a total conquest did actually occur (and some sources controversially suggest the reverse and that Japan had established a colony in southern Korea), but it is more certain that Koreans held high government positions and even mixed with the imperial bloodline. Whatever the political relationship between Korea and Japan at this time, there was certainly an influx of Korean manufactured goods, raw materials such as iron, and cultural ideas which came via Korean teachers, scholars, and artists travelling to Japan. They brought with them elements of Chinese culture such as writing, classic Confucian texts, Buddhism, weaving, and irrigation, as well as Korean ideas in architecture. There were also envoys to China in 425 CE, 478 CE, and then 11 more up to 502 CE. Yamato Japan was establishing an international diplomatic presence.

“FROM THE 4TH CENTURY CE THERE WAS A SIGNIFICANT INFLUX OF PEOPLE FROM THE KOREAN PENINSULA, ESPECIALLY THE BAEKJE KINGDOM & GAYACONFEDERATION. “ The large burial mounds known as kofun are another link with mainland Asia as they were built for the elite in various states of the Korean peninsula. There are over 20,000 mounds across Japan, and they usually have a keyhole shape when seen from above; the largest examples measure several hundred metres across and are surrounded by a moat. Many of the tombs contain horse trappings which are not seen in previous burials and which add weight to contact with the Asian continental mainland. Another feature of kofun was the placement of large terracotta figurines of humans, animals, and even buildings called haniwa around and on top them, probably to act as guardians.

Kofun, built on a grander scale as time went on, are indicators that the Yamato rulers could command tremendous resources – both human and material. Ruling with a mixture of force and alliances with important clans or uji consolidated by intermarriages, the Yamato elite were well on their way to creating a centralised state proper. What was needed now was a better model of government with a fully functioning bureaucratic apparatus, and it would come from China.

The Asuka Period covers 538 to 710 CE. The name derives from the capital at that time, Asuka, located in the northern Nara prefecture. In 645 CE the capital was moved to Naniwa, and between 694 and 710 CE it was at Fujiwarakyo. Now we see the first firmly established historical emperor (as opposed to legendary or mythical rulers), Emperor Kimmei, who was 29th in the imperial line (r. 531-539 CE to 571 CE). The most significant ruler was Prince Shotoku who was regent until his death in 622 CE. Shotoku is credited with reforming and centralising government on the Chinese model by, amongst other things, creating his Seventeen Article Constitution, rooting out corruption and encouraging greater ties with China. The next major political event of the Asuka period occurred in 645 CE when the founder of the Fujiwara clan, Fujiwara no Kamatari, staged a coup which took over power from the then dominant Soga clan. The new government was remodelled, again along Chinese lines, in a series of lasting reforms, known as the Taika Reforms, in which land was nationalised, taxes were to be paid in kind instead of labour, social ranks were recategorised, civil service entrance examinations were introduced, law codes were written, and the absolute authority of the emperor was established. Kamatari was made the emperor’s senior minister and given the surname Fujiwara. This was the beginning of one of Japan’s most powerful clans who would monopolise government until the 12th century CE.

Emperor Temmu (r. 672-686 CE) pruned the extended royal family so that only direct descendants could claim any right to the imperial throne in a move which would create more rival clan groups. Temmu selected Fujiwarakyo as the first proper Japanese capital which had a palace in the Chinese style and streets laid out in a regular grid pattern.

Perhaps the most significant development of the Asuka Period was not political but religious, with the introduction of Buddhism to Japan sometime in the 6th century CE, traditionally in 552 CE. It was officially adopted by Emperor Yomei and further encouraged by Prince Shotoku who built several impressive temples such as Horyuji. Buddhism was generally welcomed by Japan’s elite as it helped raise Japan’s cultural status as a developed nation in the eyes of their powerful neighbours Korea and China.

Shotoku had sent official embassies to the Sui court in China from c. 607 CE and they continued throughout the 7th century CE. However, relations with Japan’s neighbours were not always amicable. The Silla kingdom overran its neighbour Baekje in 660 CE with the help of a massive Chinese Tang naval force. A rebel Baekje force persuaded Japan to send 800 ships to aid their attempt to regain control of their kingdom, but the joint force was defeated at the Battle of Baekgang in 663 CE. The success of the Unified Silla Kingdomresulted in another wave of immigrants entering Japan from the collapsed Baekje and Goguryeo kingdoms.