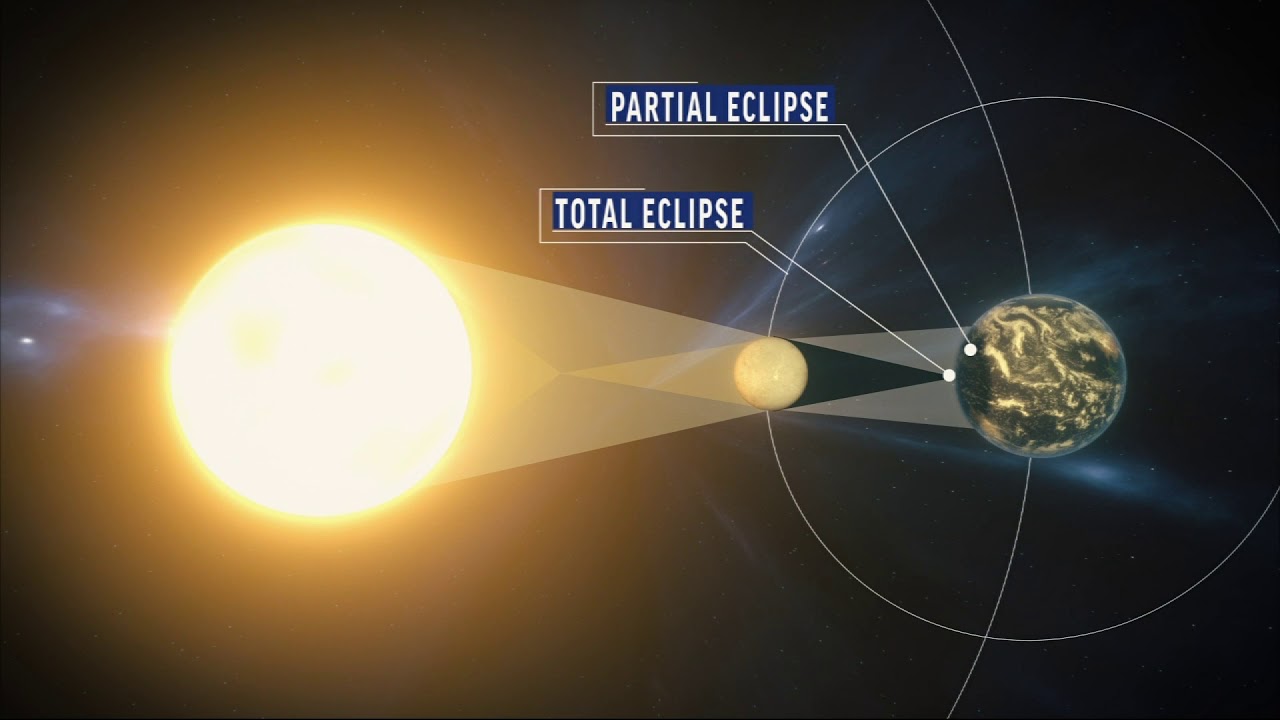 Phases of The Moon

The Moon is a cold, rocky body about 2,160 miles (3,476 km) in diameter. It has no light of its own but shines by sunlight reflected from its surface. The Moon orbits Earth about once every 29 and a half days. As it circles our planet, the changing position of the Moon with respect to the Sun causes our natural satellite to cycle through a series of phases:

The phase known as New Moon can not actually be seen because the illuminated side of the Moon is then pointed away from Earth. The rest of the phases are familiar to all of us as the Moon cycles through them month after month. Did you realize that the word month is derived from the Moon’s 29.5 day period?

To many early civilizations, the Moon’s monthly cycle was an important tool for measuring the passage of time. In fact many calendars are synchronized to the phases of the Moon. The Hebrew, Muslim and Chinese calendars are all lunar calendars. The New Moon phase is uniquely recognized as the beginning of each calendar month just as it is the beginning on the Moon’s monthly cycle. When the Moon is New, it rises and sets with the Sun because it lies very close to the Sun in the sky. Although we cannot see the Moon during New Moon phase, it has a very special significance with regard to eclipses. 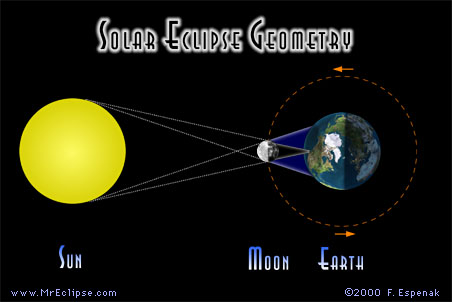 Geometry of the Sun, Earth and Moon During an Eclipse of the Sun
The Moon’s two shadows are the penumbra and the umbra.
(Sizes and distances not to scale)

An eclipse of the Sun (or solar eclipse) can only occur at New Moon when the Moon passes between Earth and Sun. If the Moon’s shadow happens to fall upon Earth’s surface at that time, we see some portion of the Sun’s disk covered or ‘eclipsed’ by the Moon. Since New Moon occurs every 29 1/2 days, you might think that we should have a solar eclipse about once a month. Unfortunately, this doesn’t happen because the Moon’s orbit around Earth is tilted 5 degrees to Earth’s orbit around the Sun. As a result, the Moon’s shadow usually misses Earth as it passes above or below our planet at New Moon. At least twice a year, the geometry lines up just right so that some part of the Moon’s shadow falls on Earth’s surface and an eclipse of the Sun is seen from that region.

2005 Annular Solar Eclipse
This sequence shows the eclipse just before, during and after annularity.